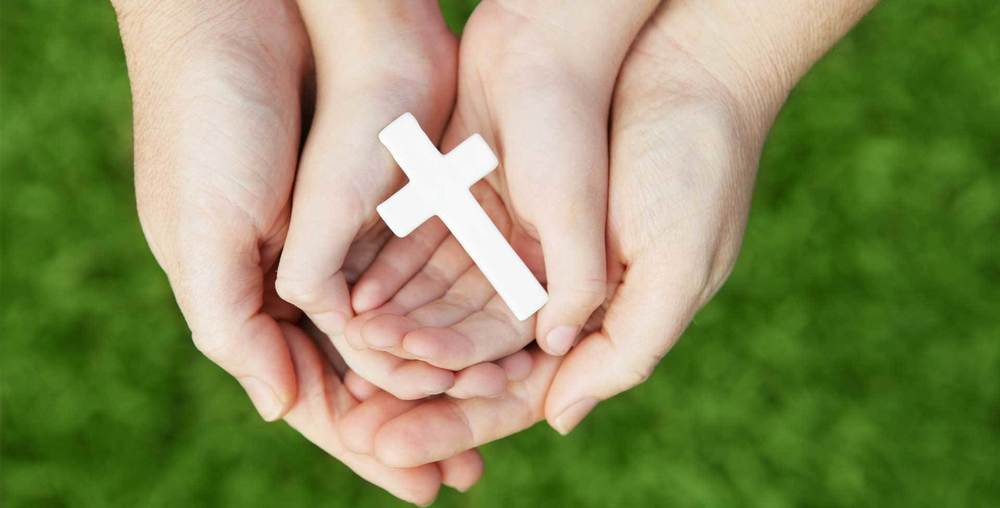 Guided by faith, nurtured through love, inspired to achieve.
As witnesses to Jesus and enriched by the Holy Spirit, St Mary's Catholic Primary School is a respectful, caring and embracing family. We celebrate and share our Catholic faith together, recognising the uniqueness and potential of all. The values and learning that are nurtured in our school enable achievement in education and beyond. 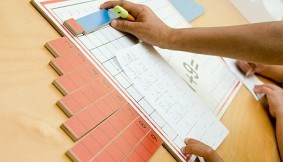 At St Mary's RC Primary School we use the Inspire Maths Scheme which is based on the Singapore approach to the teaching of mathematics.

Parents often hear (and may stress about) how pupils in other countries perform better than our children in maths and science. With that in mind, many schools are implementing an approach to teaching primary maths that is common practice in Singapore.

Singapore maths, which refers to the teaching methods or the actual curriculum used for kindergarten through sixth grade in the small island country, has become popular due to Singapore’s consistent top ranking on an international assessment of student maths achievement called the Trends in International Mathematics and Science Study (TIMSS). In the latest TIMSS report in 2007, Singapore was ranked in the top three in fourth- and eighth-grade maths scores.

Supporters of Singapore maths credit the Singaporean methods of instruction and curriculum for its pupils’ success. While maths teaching in England often relies on drilling and memorization of many skills each year, Singapore maths focuses on children not just learning but also truly mastering a limited number of concepts each school year. The goal is for children to perform well because they understand the material on a deeper level; they are not just learning it for the test.

The sequence of topics in Singapore maths has been carefully constructed based upon child development theory. The means to mastery is problem solving, and the beauty of the approach is that the majority of pupils are well prepared to tackle increasingly difficult topics, such as fractions and ratio, when they are introduced in the third through fifth grades. Those pupils are also then typically ready for algebra and geometry in middle school.

Pupils in the same classroom may learn the concepts at different paces, but ultimately they all learn them and help develop their own solid foundation for further maths learning. This prevents the need for reteaching as pupils move to the next year group.

What Type of Pupils Benefit from Singapore Maths?

Our teachers who use it believe it can help any child. It is well held that the programme can help any child. Those possibly struggling and those who are able. “That’s because of its reliance on understanding number sense, problem solving and conceptual understanding of what these kids are doing. Singapore maths requires children to understand how something works, like long division. But they’re also going to understand why long division works, not just the how but the why.”

Singapore maths also relies heavily on visualization, which is often neglected in the classroom. In typical maths teaching, a concrete-abstract approach is used. If a teacher is going to teach about multiplication they might bring out physical objects and demonstrate how to multiply, then move to the abstraction of lining up numbers in a multiplication equation. In Singapore, on the other hand, they introduce a middle step between the concrete and abstract called the pictorial approach. It asks pupils and teachers to draw a diagram of the concepts going on. This is not an idea that’s exclusive to Singapore, but it’s so well expressed in the curriculum in a comprehensive way.

Pupils also learn to use model drawing to solve those word problems. Instead of trying to picture the problem in their heads, then writing out the equation to solve it, pupils in Singapore maths draw the elements of the word problem.

A Parent’s Role in Singapore Maths

Singapore maths encourage parents to be open-minded. Singapore maths is not what most parents in the England studied in school, but that doesn’t mean they need to resist it. While you may want to help your child learn the times tables the way you did, you should also consider this different approach.

Some teachers of Singapore maths have remarked “Many parents want to tell their children not to do a maths problem this way, or they discourage, saying there is an easier way, part of Singapore maths is children making meaning of the maths. Just because the parents understand it one way doesn’t mean the children won’t another.”

With Singapore maths, the emphasis is about understanding the maths and explaining your answer and not on getting the correct answer. That’s a big shift that parents need to appreciate.  We may want our children to get the right answer, but we also want them to know why it is the right answer.

Even though Singapore maths may seem strange to you, you can still help your child access it. Regardless of your child’s relationship with Singapore maths now or in the future, your goal should be to support and encourage the style of maths learning that works for them. As a parent you are a supporter of learning. A parent is the guide in asking questions. We believe the best thing you can do is question your children. Questioning children is an excellent way to develop their thinking. So when your daughter or son comes home with a maths problem that you don’t understand, simply ask what they know about it, what they were taught in school, and so on.

A parent should also be open to playing games that rely on maths skills and pointing out maths in the environment, such as asking what shape the kitchen cabinets are and other real-life maths questions.

Helping my child with maths.

We have put together a PowerPoint that briefly explains Singapore Maths that was used at our Parent Workshops.